Citizenship by investment is increasingly becoming a very popular avenue for people who want to acquire the citizenship of a specific country to either avail certain benefits or for personal reasons. This concept is based on the system in which in exchange for a certain sum of money or investment, a person gets the right to reside in a country either as its permanent resident or a citizen. Why is St. Kitts & Nevis EU Citizenship for Sale? Such an agreement is beneficial to all those who want to either opt for dual citizenship or set up a business and find employment in their preferred countries. Nowadays, several countries in the European Union or the Caribbean offer citizenship by investment to foreign nationals, which also translates into a major source of revenue for the governments of these nations. The island country of St. Kitts and Nevis offers a similar programme in the form of the St. Kitts and Nevis global residence programme.

A part of the Commonwealth nations, St. Kitts and Nevis is a set of two islands, St. Kitts and Nevis, respectively, which are seen as one nation. It is part of the Commonwealth realm, having been under British rule till 1983, the year it got its independence. Even now, the Queen of England is considered as the monarch of this island country which was the latest sovereign nation which came into being in the Americas. A part of the Citizenship by investment Caribbean, the ethnicity of St. Kitts and Nevis is diverse with a population of around 50,000 people including the majority from African ancestry along with other groups such as mixed, Europeans, Indians, and others. With a thriving sugar trade which attracted the British, French and the Spanish, St. Kitts and Nevis has a long colonial history, during which it was also considered as the richest colony in the Caribbean. Ships filled with spices and goods would anchor at its port, enabling the exchange of money between people from faraway places. How to finance your living in St. Kitts and Nevis today? Even today, owing to the fact that the Caribbean is a center of trade and international business, St. Kitts and Nevis continues to cater to the world when it comes to a number of businesses including sugar. As a European country, Cyprus also offers a global residence programme.

In order to get citizenship of St. Kitts and Nevis, there are several avenues which a person can resort to, such as making investments in the country’s real estate or contribute to the Sugar Industry Diversification Foundation (SIDF).

Let’s take a close look at the rules for the global residence programme St. Kitts and Nevis.

Benefits Of The St. Kitts And Nevis Global Residence Programme

If a person wants to find a second home for business and life benefits the St. Kitts and Nevis can be an ideal location, evident by the global residence St. Kitts and Nevis programme rules. One of the most beautiful places in the world, the citizenship rules of St. Kitts and Nevis are favorable towards foreign nationals who want to become residents of the island by making a payment and investing in the country’s infrastructure. There are several benefits of being a citizen of St. Kitts and Nevis including visa-free travel to more than 100 countries, no personal income tax, favorable living conditions, and a booming industry where individuals can invest and set up his/her own businesses. For getting a St. Kitts and Nevis citizenship, a person needs to invest in the real estate of the country. Some of the other avenues through which investment could be done for this purpose include investing in the sugar industry, donating in the sustainable development fund and also by paying various charges which have been levied by the government on the applicants of the St. Kitts and Nevis global residence programme. Combined with all these points, the beautiful island country presents itself as a lucrative destination for foreign nationals hoping to shift base from the country where they are currently living.

Let our experts help guide you through the process of securing a second citizenship that suits your needs. Register with us now! 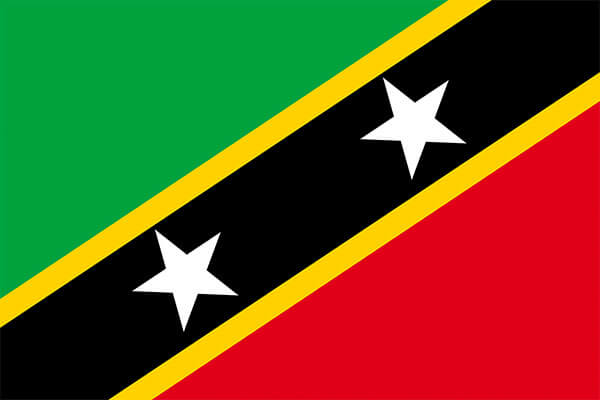 Caribbean, islands in the Caribbean Sea, about one-third of the way from Puerto Rico to Trinidad and Tobago 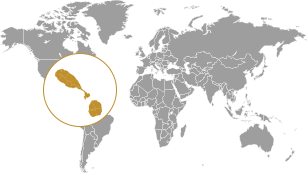