Dual citizenship has various names like multiple citizenships, multiple nationality or dual nationality. It is a person’s citizenship status, in which a person is regarded as a national of more than one country under the rules of those states. In simple terms, dual citizenship is when an individual is legally known as a citizen of two or more than two nations at the same time.

There is no universal rule which defines the nationality or citizenship status of a person. It is determined solely by national laws, which can vary and can conflict. Multiple citizenships occur because different countries use different, and not necessarily mutually exclusive, guidelines for citizenship. Common speech refers to people “holding” multiple citizenships but, technically, each country claims that a particular person is recognized as it’s national. 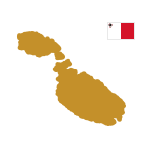 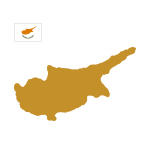 The Cyprus Investment Programme provides a cost efficient 6-month processing period for this route to EU citizenship without membership in the Schengen Area. 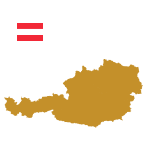 The Austrian passport offers very visa-free or visa-on-arrival travel, including visa-free access to the USA. It is without a doubt among the most powerful travel documents in the world. 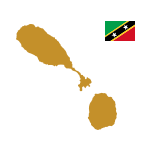 The St Kitts and Nevis Citizenship by Investment Programme was introduced in 1984 and is the oldest, most trusted and most successful active programme of its kind.

What Are The Benefits Of Dual Citizenship?

There are many advantages to being a dual citizen, as dual nationals can gain the benefits and opportunities offered by each nation. They can have complete access to two social service systems, they can vote in either land and may be able to work in either country, depending on the rules. They are also entitled to work in either country without requiring a work authorization or visa and can go to school in either of the countries.

Below are a few benefits listed:

A second passport from a stable developed country can be life-saving in the case of development of any political, economic or social crisis in one’s hometown. A crisis can occur at any point of time and for a variety of reasons. In such a situation, an individual having dual citizenship can leave the country immediately and take refuge in the other one.

Many passports are quite limiting in their visa-free movement, urging citizens to obtain visas whenever they need to travel overseas. A dual passport can offer individuals from these countries increased global mobility. Becoming a dual citizen discards the need for long-stay visas and submitting documentation on the purpose of the individual’s trip. It also ensures the right of entry to both countries, which can be particularly useful if one has parents, children or relatives to visit, is a student or is involved in trade in either country.

Another advantage of dual citizenship is the capability to own investments like property in either country. Few nations regulate land title to citizens only. As a lawful citizen of two states, a person would be able to acquire property in either or both countries. If the person frequently moves between the two countries, this might be particularly beneficial since estate ownership might offer a more cost-effective way to live in two places.

New business possibilities open up to dual citizens as they can now do trade in their own country as well as travel abroad more smoothly.

Dual citizenship may prove beneficial for tax optimization purposes. For example, some countries only tax income earned from that country and do not subject fund gains to taxes either. It allows investors to maintain their wealth more efficiently and productively. There are actually countries in Europe where you can live without paying taxes.

Second citizenships can offer a secure way to world-class health care, education and an enhanced lifestyle. As a twin citizen one can reap the advantages of being involved in the culture of two countries. Some state officials are also attached to dual citizenship and see it as a way to boost the country’s image as a top destination for tourists. This is also an ideal way to experience the joy of learning about the history, culture, languages and way of life of both countries.

As a dual citizen, one is bound by the legislation of both countries. For example, if one is a citizen of a nation with compulsory military service, that may complicate matters if the two nations encounter hostile situations with each other. Maintaining dual residences in two different countries would be double the responsibility.

Some countries tax their citizens for revenue earned anywhere in the world. Even if the individual is living abroad, he/she might owe taxes both to the country and to the state where the income is generated. However, there are different rules in each country. For example, a deal between the U.S. and New Zealand cancels the income tax laws of each state to avoid dual taxation.

Depending on the individual’s occupational path, dual citizenship can be a liability. If someone is seeking a post with the government or access to private and confidential information, having dual citizenship can prevent him/her from obtaining the security clearance needed to work in these domains. Those born into dual citizenship may find fewer problems than those who actively sought it out.

Sometimes dual citizenship happens automatically, as is the case when a child is born in a country to foreign parents. Other times, nonetheless, the method can take many years and can be very expensive.

How Do I Obtain Dual Citizenship?

There are several ways how second citizenship planning can be done. These are birth, naturalization, marriage and investment.

Often, countries will permit non-resident individuals to obtain citizenship if their parents were born in that country. For example, Hungary will enable persons not living in the country to obtain Hungarian citizenship given they can show in the evidence that their parents are citizens.

Naturalization is the method by which a resident of a country can obtain citizenship, usually by living in that country for a specific number of years as a permanent resident. For example, Canadian residents must reside in Canada for four out of six years to be qualified to apply for citizenship. Persons with provisional status, such as students and foreign workers, must first obtain permanent resident status to start calculating their years as residents toward the citizenship requirement. It is essential to check the conditions of the country of residence if the individual hopes to obtain second citizenship through naturalization.

Identification Of Dual Citizenship In The U.S.

The United States of America does not formally approve dual citizenship. Nonetheless, it also has not taken any stand towards it, either judicially or politically. Under normal circumstances, no American will sacrifice his or her citizenship by undertaking the responsibilities of citizenship in another country even if the duties include touring with a foreign passport, voting in another country’s election, or running for and serving in the government office of another country. Usually, it is trivial to U.S. authorities whether another country also declares an individual as a citizen.

Below is the list of countries, in Europe, the Carribean, and all over the world, that allow dual citizenship with the U.S. It is though subject to national laws and restrictions on eligibility.

Can You Be A Citizen Of Multiple Countries?

Some countries do recognize their nationals to hold multiple citizenships. To understand the rules of the country, one has to check with the respective government office.

Dual citizenship has been extensively discussed over the years. Restrictions on holding dual nationality are generally non-existent in countries such as Australia, the U.S., and Switzerland, whereas other countries such as Singapore, Austria, India, Saudi Arabia, do not approve of dual citizenships, leading to an automatic dissolution of citizenship upon obtaining another. Furthermore, some nations such as Austria, and Spain may still allow dual nationalities upon specific conditions or under unusual cases like for celebrities.

Let our experts guide you on your journey for a second citizenship or residency, register with us now.