In these times of globalization, the power of a high ranking passport can be manifold. Starting from access to other nations alongside the ability to study, reside, work and even holiday in the widest possible amount of locations, having a passport with a reputable global index can infinitely change a person’s access to the globe at large. While some are born with the privilege of a strong passport, others are not so lucky and have to work towards getting a passport that offers a greater number of advantages than that of their respective countries of origin. Fortunately, several countries facilitate the securing of passports for reasons other than descendancy. Further, many other nations allow an individual to possess multiple citizenships, allowing people to enjoy the advantages of multiple nationalities.

There can be little doubt that through cultural, economic and technological changes, the world is becoming more and more global, and this has plenty of advantages. There are educational and professional opportunities that were once impossible and of course, it allows for a greater versatility of different lifestyles and leisure pursuits. This means people are more free than ever to live the life they want to live, away from typical geographical or political barriers. In other words, a passport that allows for visa free or visa on arrival travel is one of the most valuable possessions anyone could hope to possess.

However, there remains plenty of confusion as to how to acquire a passport. Amongst the most practical and popular are citizenship by investment schemes. These are found in a wide variety of countries nowadays and although they often have variables, the basic concept is clear throughout. Essentially, you gain citizenship in exchange for a certain amount of investment in that country. In return, you gain access to all the perks associated with the passport and citizenship of that country, while the country itself benefits from funds to help it continue to prosper. One thing the many countries who utilise this scheme do have in common is that this scheme offers terrific value for all the advantages candidates receive, hence why everyone from diplomats to business people are turning to this increasingly popular option.

Among other nations, two countries whose citizenship by investment programs have had resounding success are Malta and Cyprus. Statistics state that various high net worth individuals are deciding on Malta vs Cyprus passports, apprising themselves of the huge gamut of benefits that each offer.

Located strategically in the Mediterranean Sea, both the nations enjoy proximity to three continents namely Europe, Africa, and Asia. Further, as members of the European Union, both Malta and Cyprus offer the lucrative scope of residing, working and traveling to all member nations including Germany, France, Italy, without the hassle of getting a visa or any other travel permit. While both countries offer citizenship through investment and residency programs, each has its own salient features.

Choosing between the Malta Citizenship vs Cyprus Citizenship is not an easy one. Both countries have the advantage of a strategic location, beautiful landscape, and comfortable climate. Further, both nations have a thriving economy with impressive trade ties with the European Union. The decision between Malta passport vs Cyprus passport is further complicated with their closely linked passport scores at 165 and 161 respectively.

Benefits of a Maltese Citizenship

There are numerous Malta citizenship benefits, hence why it is one of the most popular locations taking part in this program. These benefits include:

Benefits of a Cypriot Citizenship

Located a few miles off the coast of Sicily, Malta is a stunning location made famous by pleasant weather and mesmerizing landscapes. Malta is dotted with picturesque natural beauties, complete with tranquil sounds and sights, On top of Malta’s highly sought after position as a holiday location, it’s also a wonderful place to call home, to stay, flourish and retire thanks to a booming economy and efficient governance. As a member of the European Union since 2004, Malta has emerged as a prominent location for investing in citizenship.

The Maltese Citizenship is one of the most beneficial citizenships to possess due to several perks including a passport ranked fourth worldwide according to the Passport Index 2019. With an advanced infrastructural framework and a stable political climate, Malta enjoys cordial relations with nations in the world and accordingly has enormous global connectivity, through air and sea links. By virtue of its association with numerous important international organizations like the United Nations, European Union, etc., the perception of Malta worldwide has improved significantly, which in turn has boosted its global ranking. Further, the Maltese citizenship requirements are simple and straightforward, with a processing time no more than 3-4 months. However, strict due diligence is conducted to ensure only deserving candidates are granted citizenship.

The Malta Individual Investor Program (MIIP) requires multiple investments. One of these investments, and the largest, is €650,000. This goes to the Malta National Development Fund. This is run by the government and as its name would suggest, goes towards development projects for the country. The next largest cost, but a worthwhile investment, is €350,000 towards a property in Malta. There’s also an additional €150,000 contribution towards bonds and stocks which must be approved by the government. Finally, there is an extra €25,000 due for additional dependents, but do note that any additional children will inherit their citizenship and this will not be of any additional cost. The entire process to become a Maltese citizen generally takes a year.

If you know anything about Cyprus, you probably don’t need us to tell you just how beautiful it is. A stunning island at the perfect crossroads between continents, it somehow manages to come out with the best attributes of them all, from outstanding beauty to its deep culture and history, all the way to its incomparable and unique cuisine. Idyllic waters float from lush white sand, and look back at seemingly endless greenery, from the vineyards to the meadows. And this is somewhere which is far from all style and no substance.

Cyprus has a culture that you can spend a lifetime getting lost in, and an economy which continues to advance and thrive. This makes it an excellent choice for investors and entrepreneurs alike. There are many reasons why the economy here is so strong, and the most obvious example of them all are the tourism and shipping industries. The former hardly needs to be explained: who wouldn’t want to visit a place of such amazing beauty? Meanwhile, the latter is helped by the country’s immigration and taxation policies, making doing business that much easier.

Wealthy individuals from all across the world have turned to Cyprus not just as a place to live, but also a place to further grow their fortunes. On top of all this, Cyprus also has excellent health care and educational facilities, alongside being called the fifth safest place in the world and the fifth best in the world for relocation according to Frank Knight Global Lifestyle Review. When you consider all this, it becomes clear that the citizenship program is beyond generous in terms of what applicants get for their investment.

Going deeper into the advantages, having citizenship in Cyprus benefits greatly from its free market economy backed up by a strong and straightforward legal framework which is as transparent as it is reliable. This means people can invest from overseas with confidence.

Of course, we cannot talk about the benefits of citizenship in Cyprus without highlighting all the benefits of the passport itself. It has a global ranking of 9, and provides travel to over 150 countries, including visa free travel to 122 countries and visa on arrival travel to 39 others. This is in large part due to the fact that Cyprus is part of the European Union. This means that you can travel to and stay in any country that is a member state of the EU. The advantages that affords from both a professional and educational point of view cannot be overstated: it quite literally opens up a world of opportunities. Plus, if you are seeking EU citizenship, the Cyprus citizenship program is one of the fastest, easiest and most well trusted ways of doing so.

So, how does it all work? It’s pretty straightforward: the citizenship by investment program requires an investment of €2 million in real estate. Keep in mind, this is an investment and not merely a price to be paid for citizenship. You receive plenty in return with regards to real estate in a strong economy. Through this method, you can actually receive citizenship as quickly as six months from your application.

There is also an alternative option where you can instead invest into government sanctioned bonds or equities, or any other investment fund which is licensed by the government. The scheme is also flexible, allowing you to utilise a mixture of property and government funds. Any of these options will grant you citizenship, a passport and all of the benefits that go along with it, including the ability to travel freely throughout the EU as well as to Switzerland. An added benefit to this is that you do not get citizenship at the expense of your native nationality for either you or your dependents. Furthermore, your investment can fall to half a million Euros after three years if that is more suitable to your needs.

Another option is for applicants to secure permanent residency by investing in real estate in the country. This is known as the permanent residency program. It is perhaps the simplest option of them all and retains the speed and transparency all these options are known for. It is considered among the best of its kind in Europe or anywhere. You will need to invest €300,000 towards a property in order to qualify for this scheme. And speaking of quick, this whole process can be done in a mere two months and once again, this extends to the applicant’s family members. Just to be clear, by family we mean spouse and dependents up to the age of 25 years, not to mention the parents of both the main applicant and their spouse.

Vitally, this citizenship is also lifelong. Also, this scheme only requires a single visit per every two years, which is much less than the residency commitment of other similar examples. The investment can also be made through a company where the main applicant and spouse are benefactors. Importantly though, the property has to be new and there is no renting option available.

Finally, if there are some reading this who are concerned that a residency based scheme would come at the cost of travel, then we think you are going to be pleasantly relieved. The permanent residency program allows for travel across all of the European Union.

The citizenship programs of both countries are highly appealing in their own respects and one might cater to the specific needs of the applicants better than the other. However, to conclusively decide between the Malta Citizenship Vs Cyprus Citizenship, we need to take into account a few important factors namely the global passport index, the quantum of investment, the eligibility criteria and the processing time of the entire application process.

Malta and Cyprus both have many similarities, boasting of scenic views, excellent connectivity and a luxurious lifestyle, and both offer citizenship on the basis of investment. Gaining an additional passport is of great use, whether the applicant is a youth, of middle age or retiring age. The benefits of a Maltese or Cypriot passport are applicable for the entire family, providing access to nations of the European Union, premium education opportunities and a relaxing environment.

To discover which citizenship planning suits your needs the best, allow the Citizenship.com experts to help point you in the right direction to get dual citizenship. 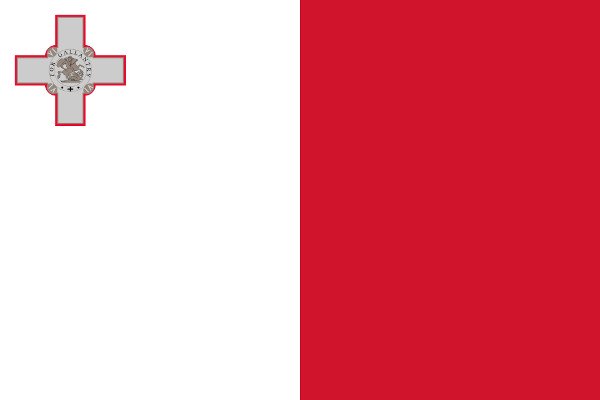 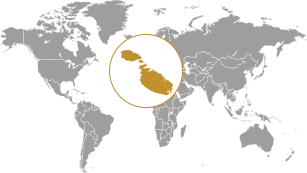